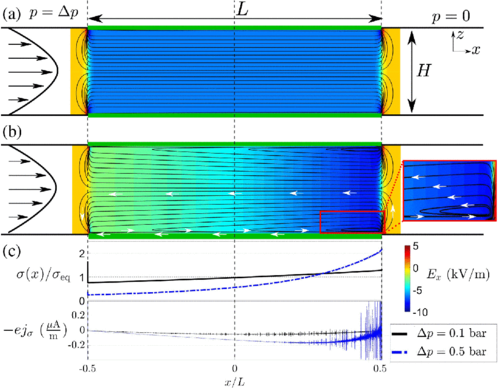 We theoretically study the electrokinetic problem of a pressure-induced liquid flow through a narrow long channel with charged walls, going beyond the classical Helmholtz-Schmolukowski picture by considering the surprisingly strong combined effect of (i) Stern-layer conductance and (ii) dynamic charge-regulating rather than fixed surface charges. We find that the water flow induces, apart from the well-known streaming potential, also a strongly heterogeneous surface charge and zeta potential on chemically homogeneous channel walls. Moreover, we identify a novel steady state with a nontrivial 3D electric flux with 2D surface charges acting as sources and sinks. For a pulsed pressure drop our findings also provide a first-principles explanation for ill-understood experiments on the effect of flow on interfacial chemistry [D. Lis et al., Science 344, 1138 (2014)]. 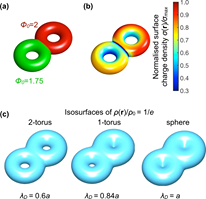 Charged surfaces in contact with liquids containing ions are accompanied in equilibrium by an electric double layer consisting of a layer of electric charge on the surface that is screened by a diffuse ion cloud in the bulk fluid. This screening cloud determines not only the interactions between charged colloidal particles or polyelectrolytes and their self-assembly into ordered structures, but it is also pivotal in understanding energy storage devices, such as electrochemical cells and supercapacitors. However, little is known to what spatial complexity the electric double layers can be designed. Here, we show that electric double layers of non-trivial topology and geometry -including tori, multi-tori and knots- can be realised in charged topological colloidal particles, using numerical modelling within a mean-field Poisson-Boltzmann theory. We show that the complexity of double layers -including geometry and topology- can be tuned by changing the Debye screening length of the medium, or by changing the shape and topology of the (colloidal) particle. More generally, this work is an attempt to introduce concepts of topology in the field of charged colloids, which could lead to novel exciting material design paradigms. 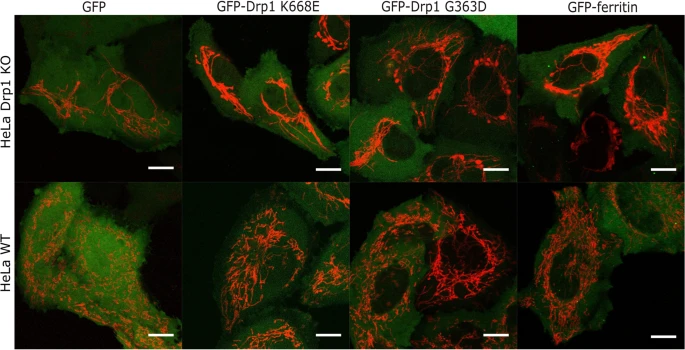 One of the main players in the process of mitochondrial fragmentation is dynamin-related protein 1 (Drp1), which assembles into a helical ring-like structure on the mitochondria and facilitates fission. The fission mechanism is still poorly understood and detailed information concerning oligomeric form of Drp1, its cellular distribution and the size of the fission complex is missing. To estimate oligomeric forms of Drp1 in the cytoplasm and on the mitochondria, we performed a quantitative analysis of Drp1 diffusion and distribution in gene-edited HeLa cell lines. This paper provides an insight into the fission mechanism based on the quantitative description of Drp1 cellular distribution. We found that approximately half of the endogenous GFP-Drp1 pool remained in the cytoplasm, predominantly in a tetrameric form, at a concentration of 28 ± 9 nM. The Drp1 mitochondrial pool included many different oligomeric states with equilibrium distributions that could be described by isodesmic supramolecular polymerization with a Kd of 31 ± 10 nM. We estimated the average number of Drp1 molecules forming the functional fission complex to be approximately 100, representing not more than 14% of all Drp1 oligomers. We showed that the upregulated fission induced by niclosamide is accompanied by an increase in the number of large Drp1 oligomers. 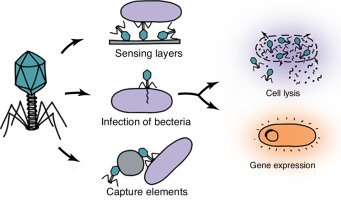 Fast and reliable bacteria detection is crucial for lowering the socioeconomic burden related to bacterial infections (e.g., in healthcare, industry or security). Bacteriophages (i.e., viruses with bacterial hosts) pose advantages such as great specificity, robustness, toughness and cheap preparation, making them popular biorecognition elements in biosensors and other assays for bacteria detection. There are several possible designs of bacteriophage-based biosensors. Here, we focus on developments based on whole virions as recognition agents. We divide the review into sections dealing with phage lysis as an analytical signal, phages as capturing elements in assays and phage-based sensing layers, putting the main focus on development reported within the past three years but without omitting the fundamentals.